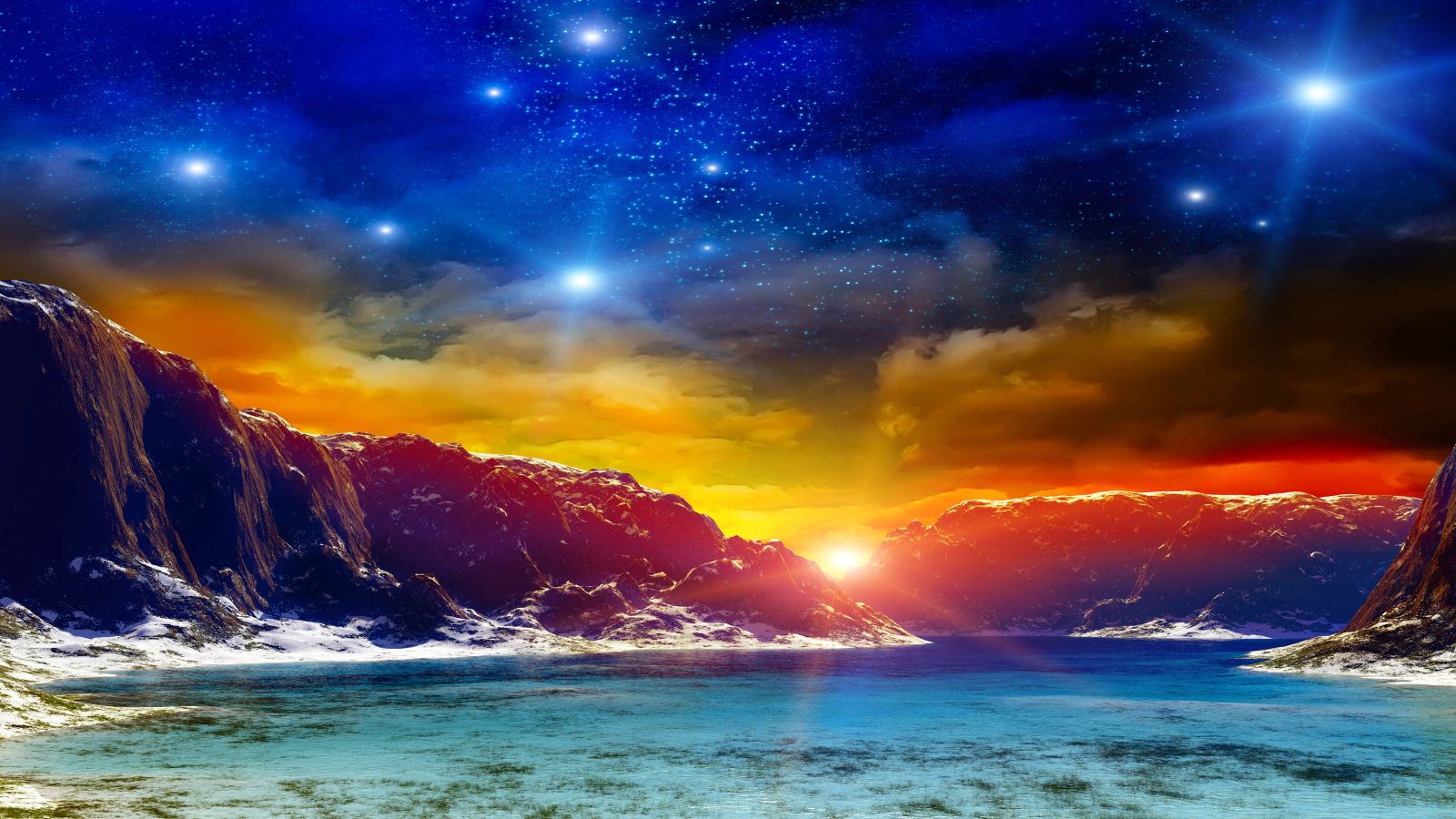 The Presence of God the Father/Mother on Our World Urantia

For hundreds of years prophets have been warning about the effects of going against the universal laws of The Creator God. Today philosophers, scientists, economists, sociologists, educators, psychologists, and other medical professionals are predicting dire outcomes for the natural ecosystems, human social systems, and the personal physical and mental health of people if humankind continues on the path it is on. Religionists and secularists refer to these contemporary times as:  the End Times, the Era of Earth Changes, the Time of Purification, the Great Turning, the Shift, the Sixth Extinction, the Anthropocene, and the Tribulation.

Indeed these are the times of tribulation for many on our world, Urantia. Planetary citizens are facing:  an ongoing pandemic (which has impacted the economy of all nations and the overall health of most), global weirding (also known as global warming or climate change, which is causing extreme weather that is bringing extreme drought to some areas and extreme flooding to others), a buildup of tension between powerful nations (with the threat of another world war with nuclear and other terrifying weapons of mass destruction), and many other social calamities. These planetary ills are mostly caused by a culmination of centuries of human choices and actions that out of divine pattern.

Extreme pessimists see basically only doom and gloom, with no discernment of goodness and solutions. Extreme optimists see basically only that which is good and are blind to evil and its results. Realists see that the world situation could go either way—the eventual ending of all life on our planet or the beginning of new ways of solving problems, which changes the destructive direction we are currently on.

Spiritized realists see the cause-and-effect impact of human thinking, feeling, and doing:  with all that is within the divine pattern of Father-Mother God that brings goodness, beauty, and ascension, and with that which deviates from the pattern of the Creator causing suffering, destruction, and chaos. Realists with spiritual comprehension understand that “In God we live, move, and have our being.” They understand that all things move through the source and center of God the Creator Parent, the Comforter, the Guider, the Uplifter, the Unifier, the Healer, the Joy-bringer, and the Administrator of Justice.

If a human’s understanding of reality and ensuing values are not based on the physical and spiritual laws of the Universal Father-Mother God, then disaster, destruction, and much suffering happens. For the past 200,000 years our world has suffered from the effects of the Lucifer Rebellion, which has increasingly taken hold of the minds and cultures of most humans, and now culminating into what we have facing us today, on a planetary scale.

There are many individuals, groups, and organizations that are aware of the seriousness of these times and are attempting to awaken others to the dangers humankind is facing. Working at awakening others to the perils of the times has always been the role of a prophet, who gives spiritual cause-and-affect/karma outcomes. Today there are also a plethora of those trying to educate others through predictions based on human knowledge and scientific facts.

Many of these “woke” people and organizations are trying to create ways and means to turn the tide of increasing global weirding/warming and its many disastrous effects. Some are working on stemming increasing political and social tension, which results in violence at all levels, from domestic to wars between nations. And others are attempting to stop (or at least slow down) the overall unraveling of the web of life on our planet.

Unfortunately there are far too many people who are pretending nothing is really wrong and are unwilling to look at the root of the causes of the multitude of disasters happening. They just want to be able to live in their cocoon of selfish pursuits, taking more than they give back—from the planet and from others. Too many dishonorably harvest the gifts from our earth, totally unaware of the pervading presence of the Universe Mother Spirit in all life, including within us as the Holy Spirit. And they are not concerned at all about the outcome of their actions, which deplete the earth of its resources, tainting the soil, water, and air, which, in turn, poisons our living relations of plants, animals, and fellow humans. Too many dishonorably take from other human beings their dreams, talents, energy, and health in order to live a life of wasteful gluttony and over-consumption.

All that is dishonorable is out of God’s will and His/Her patterns of harmony, unity, and beauty. Regeneration of ourselves, our earth, and the better parts of our societies can only happen by thinking, feeling, and doing honorably.

How do we harvest honorably the gifts of the earth? How do we work, and play honorably? How do we find our way to God’s patterns of honorable living? We do it by discovering our place and identity as children of the Creator Parents—the Universe Father and Mother—and seeing ourselves as ascending sons and daughters of God, rather than as orphans who are stumbling around, frantically looking for purpose and meaning in life by:  desperately looking for love in all the wrong places, grasping for more and more material possessions, and running from our own souls.

We do it in cooperation with the Threefold Spirit within us by allowing:  the embrace of the Universe Mother Spirit (Holy Spirit), the guiding in our minds of the Fragment of the Father who aids us in adjusting our thoughts, and the activation of the Spirit of Truth (given by our Universe Father/Creator Son Christ Michael) to help us discern truth from falsehood.

By the opening of our hearts and minds to living spiritual forces, we evolve (or ascend) into the superior perspective of having two eyes rather than one. Without the aid of the Threefold Spirit, our human cosmology is as if we see reality with one eye—flat—and thus cannot really understand the real root and cause of the world’s problems and our own struggles. With spiritization, we see the universe as if with two eyes, which gives us a stereoscopic understanding of meanings and values, a cosmic perspective. Thus we are more discerning in our assessment of the plight of humankind and our roles in contributing to the fall from grace, so to speak. We become spiritual realists who frankly face the realities of life with both imagination and practicality.

We experience the extensions of the Threefold God to the furthest corners of creation. The love, mercy, and administration of God’s justice are present in spirit, personality, mind, and matter.

May we all allow and participate in the purification of our souls and the cleansing of our natural world and humanmade institutions. May we carry a vision of a new world coming in light and life, of a unified earth of ecosystems, person-systems, and social systems, with all of us actively participating in bringing this about, in alliance with celestials who are also present on this world Urantia.