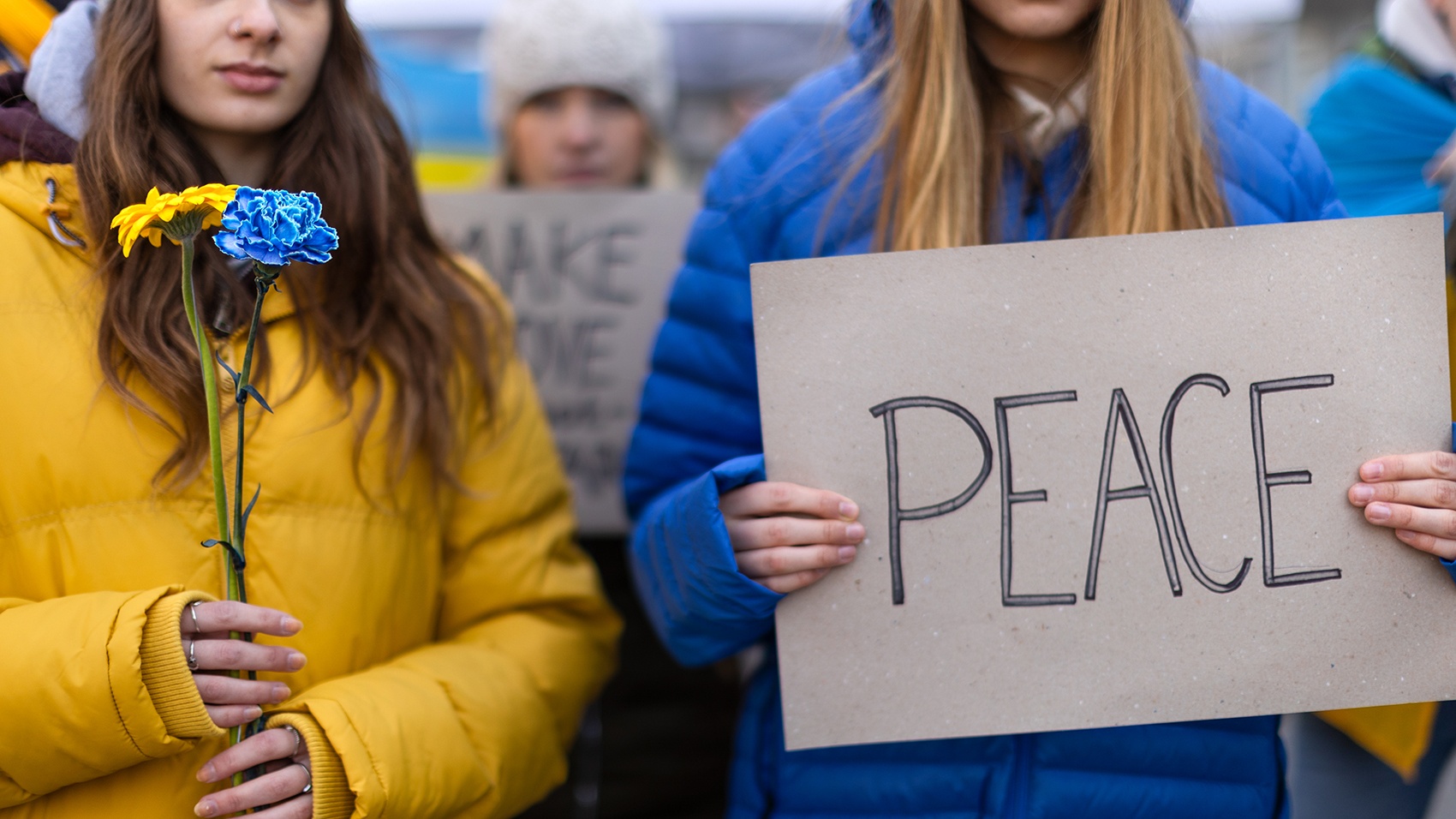 The Crusades of Then and Now

Ever since the terrible event of “9/11” in 2001, the dominant culture within the U.S. has taken on new language, language that references those acts of terrorism that occurred in the northeastern part of our country. The “costs” were still being calculated twelve years later, and at that time the consensus in dollars was estimated about 3.3 trillion, which included “hardware” or physical damage, economic impacts, security-related expenses, and the expensive “war on terror”, which included invasion of two countries.

Of course, the loss of 2,996 human lives on September 11, 2001 as well as the loss of tens of thousands of lives in the wars that continue to this day and all that accompanies loss of loved ones is nearly impossible to measure. The far-reaching and broad ramifications of this one act of terrorism in one country on one day are still being discovered and are, in the end, mathematically incalculable. And this is just one act of terrorism on one day in one country! How about the acts of terror that have been going on for decades before September 11, 2001 all over the planet? How about the increasing acts of violence that occur daily in numerous countries? How can any of the harm of this madness be thoroughly computed? It can’t.

In reference to the 9/11 event, then President George W. Bush referred to the ensuing “War on Terror” as “the Crusades”, and thus the concept or idea of the Crusades resurfaced to the forefront of the Western mindset as the North American and European countries took on more fear of religious extremists in Islam.

The “Crusades” have been a part of Western history, identity, and language for centuries, beginning in 1096 with Christian Crusaders from Germany decimating the Jewish communities along the Rhine Valley, which resulted in the spread of hatred of Judaism in Europe and then on to the “Holy Land” where Jesus had lived. Since the Muslims held that territory in those early times, they too became the target of the Crusaders.

This chronic disease of fear of and hatred for other groups has been with humankind since our beginning, and the Crusades that began as a series of wars in the eleventh through thirteenth centuries between those of the “true faith” and the infidels is, in reality, still being fought today. And it is still the case that both sides consider the other the infidels, thus each side claiming that God is on their side.

In those beginning days 900 years ago, the Crusades quickly took on a political and material motive of gaining control over territories, using religious dogma and language to spur people on. Is not this still going on today—not only in the Western world but in the Mideast, Asia, and Africa? Do we not now have religious and other extremists involved in the political process of carrying on a twenty-first-century version of the Crusades?

Our Western history is full of stories of the horror resulting from European and North American colonialism, in which both Catholicism and Protestantism took part. Always religion has been used as a tool and weapon in empire building—gaining territory for political and economic gain. In other words, the Crusades have been part of the spread of Western civilization into Asia, Africa, and the Americas for nearly a millennium, since the eleventh century. Political and economic rhetoric has changed throughout the eras, but the underlying mindset and motives have always been for power and control for the benefit of a few, with religious extremism having its place in all of this.

As always, there are “two sides to a coin”, and in spite of the negative aspects of the Crusades, there are also benefits. In the late Middle Ages, as a result of the “Crusades” (when the term was first coined), the Europeans were exposed to the goods, technology, and customs of Asia, which enhanced Western culture. As a result of those early Crusades, Europeans were more willing to explore new places, thus the Renaissance was born and many discoveries occurred in the exchange of ideas among the diverse cultures and people. In the spread and progress of human civilization, there is a mixture of good and evil motives, thus enlightenment and horror simultaneously happen, benefits and losses.

From a spiritual perspective, though extremist evolutionary religion has been used to promote agendas for political and economic power, true progress within the spiritual realm has occurred in spite of the lust for power and greed behind most expansions of territory. And so, introduction to “truth that will set you free” has also been part of the evil empire-building of the Crusades, which makes moral issues not always so easily “black and white” or always absolutely right or wrong.

In all of this assessment of historical and current planetary events, truly progressive people must consider many points of view, including the ones of those who are most victimized, marginalized, and dislocated as a result of any type of expansion—political, economic, or religious.

Progressing Towards a Civilization of Compassion and Cooperation

In order for “progress” to be true progress for a civilization, the motives behind any type of expansion must be based on compassion and cooperation within the divine pattern of the Creator. In order for true progress to happen, there has to be spiritualized meanings and motives—for the common good of all—behind all decisions, whether in politics, religion, education, medicine, business, science, the arts, architecture, construction, or any other area of life.

So, Crusaders (back then and now), who tout religious language, have no or very little understanding of the true nature of God and divine principles. A truly progressive and/or religious/spiritual person cannot be a Crusader, within the context that I am using that term in this article. A real “progressive” cannot be a fundamentalist Christian or extremist Muslim who collaborate with politicians and businessmen, either secular or theocratic, to promote their particular crusades. On the other hand, a true progressive must have a degree of understanding of some true spiritual meanings and is able to put those divine administration principles into practice, regardless whether his or her language contains any religious terminology or not.

The term “progressive” then applies to any idea, decision, and action that contributes to the actual moving forward of an individual, group, society, or civilization, progressing towards divine pattern, which is found on the three levels of reality—material, mindal, and spiritual.

In most theocratic governments, religious law is dominant over civil law, and all-too-often religious law is laced with man-made dogmas that are based on tradition, superstition, and selfish lust for power. For example, the Taliban—a group controlled by fundamentalist religious leaders—now has political power in Afghanistan, and they are enforcing laws that require all of the nation’s citizens follow the particular rigid religious dogma that their particular sect follows, which will keep the country at a very primitive level of existence and definitely not part of a planetary endeavor for progress. Similar extremist groups exist in countries around the world.

As theocracy has so far been implemented on Earth, no higher religious concepts have been presented that would expand a nation towards embracing true brother-/sisterhood. In fact, so far theocracies have resulted in the opposite of true progress and worldwide peace. Even in countries that are not necessarily theocratic, progress on all levels has been kept within the limited confines of the citizens’ consciousness, which are often based upon an evolutionary religion’s understanding of reality. And that can be very scary, especially when different countries think that God is on their side. Thus, for example, we have God waving the flag of the U.S., Jehovah waving the flag of Israel, and Allah waving the flag of Iran and Afghanistan. In theocratic countries (and otherwise) all too often nationalism is rampant and contributes to continued conflict and war with other nations.

Divine Administration Is Our World’s Destiny

Note I said Spiritualution rather than evolution. What’s the difference? Spiritualution is evolution that is spiritized. It is a movement inspired by Divine Administration and fuses truth that has been on the planet for hundreds of years with the latest revelatory cosmic teachings, which include Ascension Science and the Physics of Rebellion as revealed in Continuing Fifth Epochal Revelation (found in The Cosmic Family volumes). Spiritualution emphasizes the need for unity among those of God-consciousness through the embracement of epochal revelation.

Within divine administration principles and the implementation of a more progressive planetary culture, only those who actually understand and live the higher spiritual concepts of epochal revelation would be involved in the leadership of planetary civilization in all areas and at all levels. From a practical standpoint, what can any of us do now to help contribute to this type of progress? It starts with each one of us awakening to our higher inclinations to no longer crusade for spiritually immature and selfish values that are shortsighted and destructive.

We must continually educate ourselves about what is not of divine pattern in ourselves, each other, and the cultures we live in. As we learn, then we need to make drastic changes in our own perceptions and lifestyles and exist in higher ways of thinking, feeling, and doing—more in alignment with divine pattern, which has nothing to do with historical and current crusades and theocracies.

Are We There Yet?

In Paper 52, Section 6 of The URANTIA Book are found the five requirements (that are personal transformations and planetary adjustments) necessary in order to move this confused and disordered planet into a worldwide Divine-Administration level. Those requirements are:

Wow!! Sounds heavenly doesn’t it? Our world civilization has some shadows of the progressive stages mentioned above, but we do have a long way to go, and there is upstepped help for us coming from the spiritual side of reality, from the angels. But that is another story for another time.

The Telling of a New World Coming

We of The University of Ascension Science and The Physics of Rebellion (Divine Administration) have a telling that we want to give to the world. This telling is the truths presented in epochal revelation. The telling comes from:  words read on paper and screen; words spoken; textures, shapes, and colors in visual art; movement in dance; melody and messages played and sung in music; drama put forth on stage; and moment-to-moment daily living in an environmentally and psychospiritually sustainable culture.

This telling shakes people out of their meticulously manicured comfort zones and brings light into the carefully closeted dark places of people’s minds and hearts. This telling causes people to feel and think things that they do not always want to feel and think, because with those feelings and thoughts comes a drive and sense of responsibility to act in ways they have never acted before. I believe this is the road to true happiness, which comes from the soul satisfaction of knowing deep within ourselves that we have become the very best we can be, and then, of course, we must give it away to benefit the world.