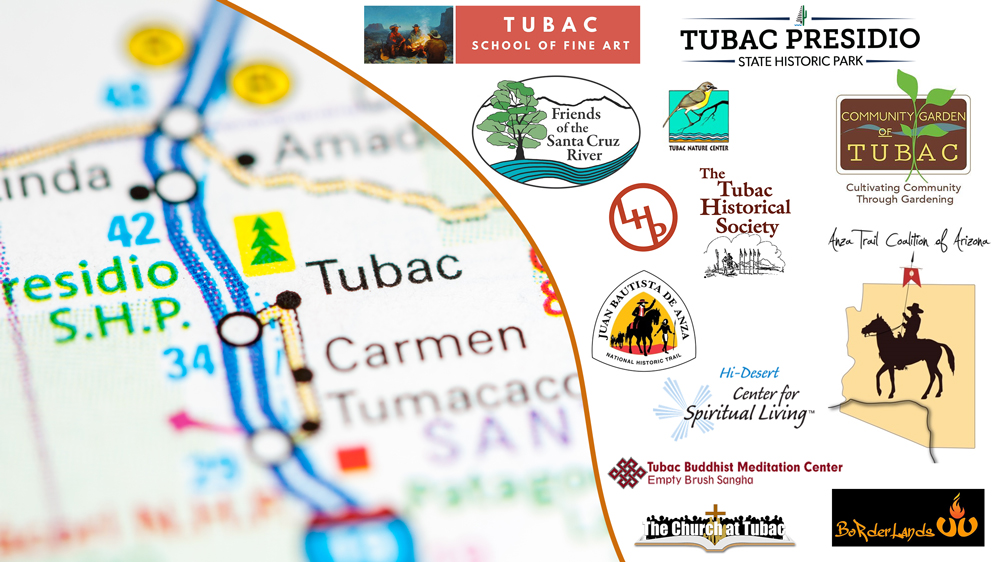 For the past fifteen years I have enjoyed living in the Santa Cruz River Valley, four miles south of the Village of Tubac. I love that Tubac is considered a “village”, because the concept of a village has very positive connotations.

Obviously a village is smaller in size than a “town” or “city” and has the potential of becoming a genuine community. Due to its size, almost everyone probably knows each other (or of each other), which can be one of the most effective cures for loneliness and social isolation. Usually a village culture is more relaxed and trusting, thus easier to form a strong social network, which can be deeper, more enduring, and more reliable in times of sickness and need. Fewer people “fall through the cracks” because villagers take care of each other.

Just as important is the coming together and coordination of village-dwellers to maintain, enhance, and enrich their culture, benefitting from the experience, training, skills, and gifts of each other. The Village of Tubac is full of this type of networking among very dedicated and intelligent people, and for its size, it has more nonprofits that are run mostly by volunteers than many larger towns and small cities.

Though there are many types of nonprofits in this area that contribute to enriching the communities of the Santa Cruz River Valley, in this article I am featuring organizations that focus on the history, art, natural environment, and religions of the Tubac area. 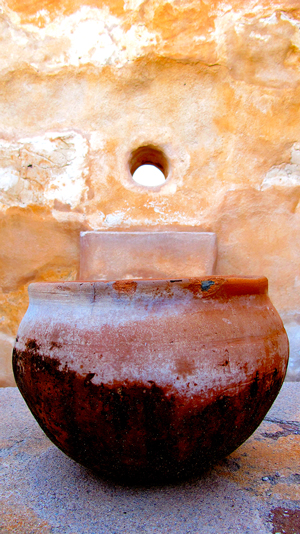 I live in a much smaller village than Tubac, an intentional community or eco-village, across the river from the Mission San Jose de Tumacácori, also known as the Tumacácori National Historic Park (the Mission). The Santa Cruz River Valley is steeped in ancient human history that dates back to the times of the Tohono O’odham’s ancestors, the Sobaipuri, thousands of years ago. My personal history with the Tohono O’odham people was when I lived for three wonder-filled years as a child in their village of Sells, about 65 miles southwest of Tucson.

Since moving here, I have strolled the grounds of the Mission many times, seeking silence and contemplation in the original structure of the church built by Franciscan priests in the eighteenth century, watching the flitting hummingbirds among the heritage fig trees in the garden, and perusing the collection of books in the gift shop. I never tire of the museum that tells the story of Jesuit Father Escubio Francisco Kino, who settled this mission in 1691 as an agricultural community for the Tohono O’odham people. The story goes on to tell about uprisings—of the Indigenous local tribes against Spanish colonization and of Church troubles that resulted in the Franciscans taking over the Mission from the Jesuits.

I visit at least once a year another place that preserves history with exhibits, a museum, lectures, and other educational and musical presentations—the Tubac Presidio State Historic Park and Museum—located in the Village of Tubac. This is the site of the ruins of the first Spanish presidio in (what is now) Arizona, one of the oldest territorial schoolhouses, an exhibit of the hand press that printed the first newspaper in Arizona, and a museum of artifacts from the presidio. The grounds are beautifully landscaped with heritage desert plants that provided food and medicine for the Tohono O’odham and later settlers of the area. Many of the Christmas gifts I give come from the gift shop (managed by volunteers), which also has an extensive collection of books, several of them written by people who live in the Tubac area.

Located on Burrel St. directly across from the Tubac Presidio is the Tubac Historical Society, which is maintained by volunteers. Its mission is to support research in the history of Tubac and the Santa Cruz River Valley, preserve that history, and share it with the public. Coordinating with many other nonprofit organizations in the area (including the ones previously mentioned), the Historical Society provides exhibits, lectures, and other events that enhance appreciation of the historical significance of this region. My family, friends, and I have attended many of these events and look forward to many more. 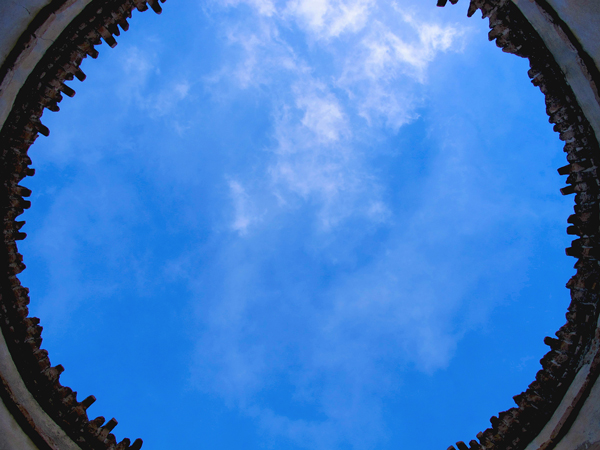 The popular description of the Village of Tubac is: “Where art meets history,” and I think it could not be said any better. History and art are definitely married here. I think it fitting that in the 2021 and 2022 USA Today’s 10Best Readers’ Choice, Tubac was named number 1 as the “Best Small Town Arts Scene.” The Village is filled with shops and studios selling art of all modalities, old and new, miniature and massive—paintings, sculptures, carvings, jewelry, clothing, and anything else you can imagine. I can only take in one or two shops at a time because I want to drink in and digest fully what is before my eyes. It has taken me fifteen years to begin to fill up my senses with so much art. And I haven’t gotten to all of it yet, so I have much to look forward to.

The Tubac Center for the Arts (TCA) came into existence in the early 1970s and, in my opinion, has evolved into an excellent center, which not only represents Tubac’s artistic heritage and identity but has traveling exhibits that bring the world of art from many cultures and regions. I have managed to see almost every one of those exhibits over the fifteen years of my living here, and I have also enjoyed some of the musical and dramatic performances offered there. Recently added to TCA is the Tubac School of Fine Arts, the adult education division, which offers a multitude of workshops for budding and expanding artists. Art most certainly meets history in the Lowe House Project, which offers residency programs for artists in one of the oldest habitable adobe buildings located in the oldest part of Tubac.

Intermingled among (and including some of) the village’s artists, historians, and lovers of art and history are the ecologists who cherish the natural world and the complex relationships of organisms (including us humans) with their environment. The land of the eco-village I live in borders the green belt of the Santa Cruz River, and I have enjoyed immensely over the years walking parts of the Juan Bautista De Anza National Historic Trail. Over the years I have observed the marks of the work of a group of dedicated volunteers who maintain the trail, the Anza Trail Coalition—restoring, protecting, and renovating parts of the trail, posting informational signage, and working closely with other ecology-oriented nonprofits to hold events that educate and inspire appreciation for this special bioregion. 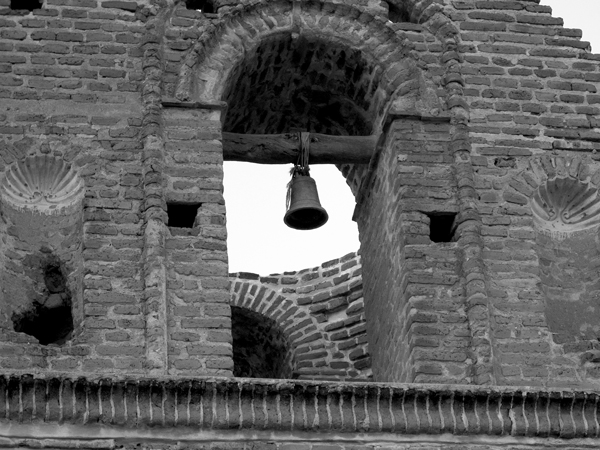 Friends of the Santa Cruz River (FOSCR) is one of those nonprofits, formed in 1991 by a group of science-minded people to (according to their website) “ensure a continued flow of the river’s surface waters, promote the highest river quality achievable, and to protect and restore the riparian ecosystem and diversity of life.” For three decades FOSCR has worked with government agencies, landowners, and other citizen groups to achieve their goals. They do regular monitoring of flow rates, water quality, and the health of the river banks and riparian region. Without FOSCR, there probably would be no flowing water in the Santa Cruz River from Nogales to north of Tubac. Their headquarters is located in the Tubac Community Center, a few doors down from the Tubac Nature Center. This group of volunteers share a passion for preserving and appreciating the river and work closely with FOSCR in their shared mission. I visited the center (when it opened its doors to visitors in 2019) and was impressed by the educational displays and beautiful art depicting life on the river.

In the Tubac Community Center’s backyard is the Community Garden of Tubac, which I have enjoyed watching unfold in the last few years. Its motto is: “Cultivating community through gardening together”, with which I resonate deeply, for I live in an intentional community called Avalon Organic Gardens and EcoVillage (part of the campus of The University of Ascension Science and The Physics of Rebellion (UASPR), where gardening takes on spiritual significance.

There are opportunities in the Village of Tubac and surrounding areas for those seeking some type of spiritual upliftment. There is St. Ann’s Church in the older section of the Village, located on a site that has been a place of Catholic worship for 250 years, and built on top of the ruins of the former Iglesia de Santa Gertrudis of the Spanish mission era. The Church of Tubac (a Bible-based Christian church) and the Tubac Buddhist Meditation Center are also in the Village.

Just nine miles north of Tubac in the rural area of Amado are five religious/spiritual centers—the Assumption Chapel Mission (associated with St. Ann’s Catholic Church in Tubac), the Amado Baptist Church, the Universal Apostolic Church of Jesus Christ, the Sonoran Desert Center for Spiritual Living (based on Science-of-Mind principles), and the Borderlands Unitarian Universalist Congregation (with emphases on serving humanitarian needs in this border region).

A few miles south of Tubac, on the north end of Pendleton Drive, is the Global Temple, which is currently under construction and on the campus of UASPR. It will be a place where the truth, beauty, and goodness of all religions are appreciated and practiced, including that of the Indigenous peoples who have lived for thousands of years in this region. The Temple’s motto is: “One God, one planetary family.”

Many of us, who live here in the desert borderlands of diverse cultures and various social and environmental challenges, realize that spirituality is an integral part of appreciating beauty in all of its forms and in our endeavors to lessen human suffering and regenerate our riparian and desert environments.