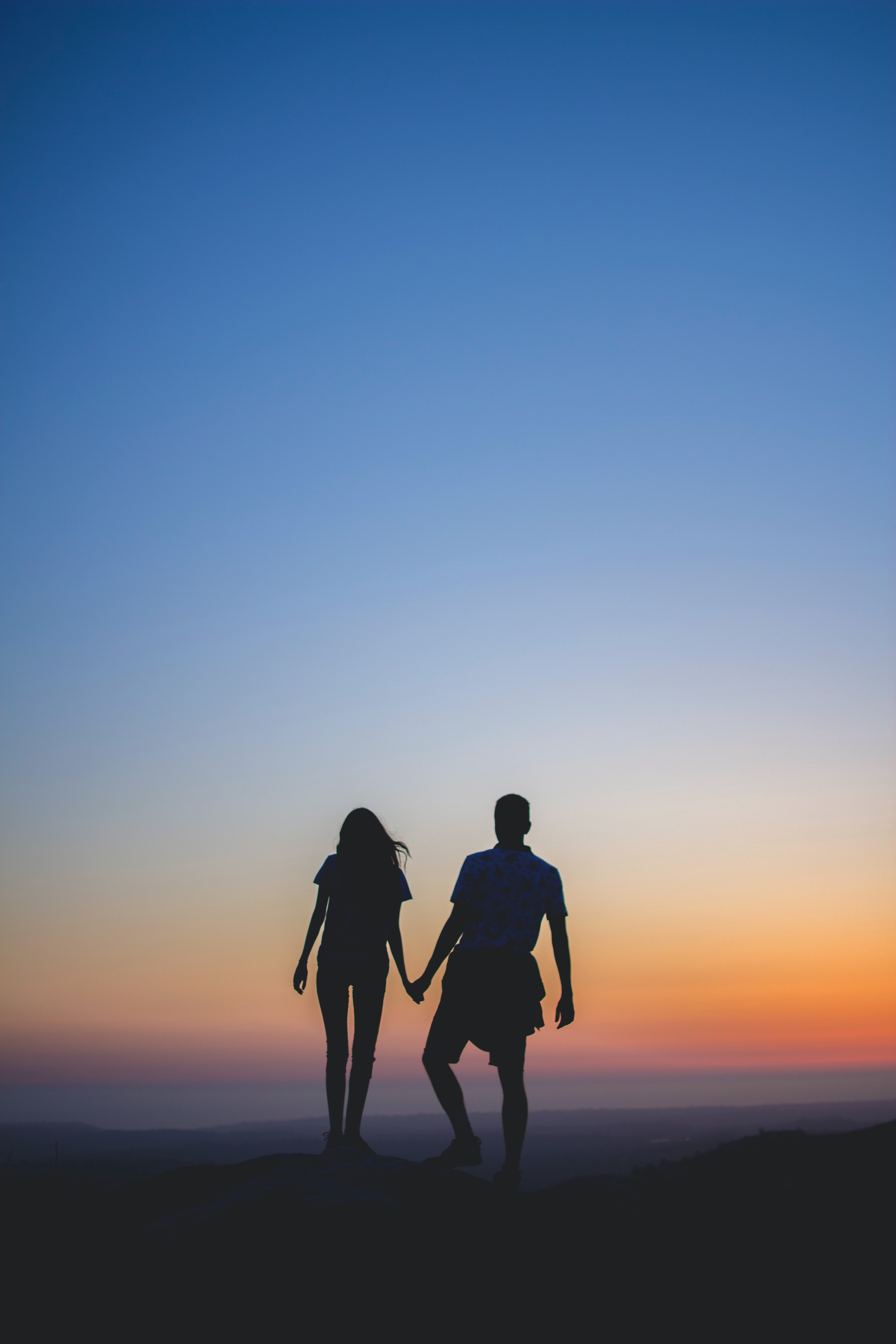 I have realized that women’s issues are just a part of the larger human beings’ issues. If we want to be comprehensive in how we deal with human problems, we have to realize that it is not just “men’s” issues or “children’s” issues or “women’s” issues; rather it is human beings’ issues. All of these problems are linked to how human beings perceive and relate to each other and to the natural world.
There is a spiritual poverty in Western civilization, which I consider a most serious disease. Actually, this disease has been a plague of the centuries, since the Lucifer Rebellion, which took place approximately two hundred thousand years ago. For 200,000 years the Rebellion has influenced how people see and relate to each other, and today, with a massive population of almost 8 billion people and the ravages caused by irresponsible and dishonorable living, the plague of being outside of divine pattern is compounded.

This all begins in the home, where the values of the parents and their culture are passed on to the children. All too often the parents themselves are confused in their own understanding of right and wrong, good and evil, and how to be truly responsible parents in nurturing and guiding their children onto the path of self-esteem, goodness, compassion, and honorable living. All too often homes are breeding places for the opposite of what is good, true, and beautiful. Because the parents themselves are “lost souls”, often they are not in a good relationship with each other, and thus they cannot give the support and spiritually mature love that their children need.
I was blessed to have a mother and father who had a good, complementary relationship of harmony and unity. They shared similar spiritual values—they loved God, the Universal Father, within a Christian context. They both agreed in the implementation of their faith walk. They had the same goals and agreed on the lifestyle that they wanted to live. Plus, they each had a strong sense of who they were as a man and a woman in relationship. The roles were clearly defined for my father, the breadwinner, and for my mother, the homemaker.
Throughout my growing-up years I never sensed any competition between my parents, only cooperation. I saw love and honor shown to each other, and I do not recall ever seeing my parents arguing or fighting with each other, though I knew that they did not always agree on everything. I also was aware that the relationship was not perfect, but I never, as a child, experienced them expressing anger with each other in front of us children. My father consistently showed my mother respect, appreciation, and protectiveness, and he did not tolerate any disrespect shown by us children to my mother. He showed that same respect, love, and protectiveness to us three girls, his daughters.
My mother showed my father respect, gratitude, and cheerful submission. I said submission, not subversion; there is a big difference in those two realities. The word, subversion, is a derivative of subvert, which means “to overthrow or destroy, to undermine, or corrupt.” Subversion is what happens in the fallen mindset of the Rebellion, and it does not just happen with men towards women; women too can attempt to subvert men. Parents can attempt to subvert their children; children can attempt to subvert their parents; peers can attempt to subvert each other.

With increasing mass shootings by young people, we are realizing that most of these youths, who are expressing anger in a horrific violent manner, felt like they had been subverted by some of their peers (or others), and they did not have the tools to deal with it in a higher way. They must have felt like they had no adults to go to, no option except in their anger and their hurt and their frustration to pick up those guns. Possibly, in the minds of those children, resorting to violence was what would work in this society. There are so many expressions of rage and violence in the music they hear, in the movies they watch, in the cartoons they watch, in the books they read, and in the news that describes what is happening all over the world, including in other schools in this country. What these children observe is subversion in many forms and people reacting to that subversion.
The word, submission, is a derivative of submit, which means “to yield to authority; to surrender, to defer, or to consent to; to abide by the opinion or authority of another.” Submission within divine pattern does not mean automatically giving in to any form of authority, whether that so-called authority is an individual or is a social or governmental function. Many “authorities” within the dominant culture are within the fallen mindset of subversion rather than in divine pattern of acknowledging and respecting service-oriented leadership and complementarity.
So, we should not blindly submit to authority. We should question authority, especially within the dominant culture. We should question the authority of social mores, and we should question the authority of established religious mores. We should question the authority of political leaders who say one thing and their budgets say something else. Jesus said to submit one to another in love, and that is what I experienced as a child within the home and family that my father and mother created. They both submitted to each other in a complementary relationship, understanding that men and women are different, and appreciating and valuing each other’s gender and personality differences.
Because my father and mother were a mutual source of strength, rather than one dominating over the other, I grew up in a home where all of us in the family—parents and children—could grow, where our strengths were fostered and possibilities increased. In my home, the difference between males and females were affirmed without connotations of inferiority and superiority; therefore, I grew up with a sense of self-respect as a female, and I never wanted to be anything else but a female. I expected all males to treat me with the same kind of love, honor, protectiveness, and dignity that my father did, and most of my male colleagues, neighbors, friends, and complements have.
I also knew, as a result of my upbringing, that I had many choices in composing my own life. I did not have to get married while still in my teens as so many of my mother’s generation did, and I did not have to pursue a career outside of the home, or I could; it was all up to me. The possibilities were limitless for me; it was my choice. I do not recall my parents ever verbalizing any of this to me; they did not ever talk about it. I just knew because of how they brought me up. In fact, I somehow understood that the kind of homemaking my parents did (for my dad was very much present in our home) is the kind of homemaking that should be happening in all homes, in all schools, in all workplaces. That kind of homemaking has to do with attitudes, values, and a sense of respect for self and for others. That kind of homemaking belongs to both men and women and allows for sustainable living, which encourages (rather than discourages) continual growth, exploration, and spiritual ascension.
In order for men and women to become full-time homemakers, they will have to move out of their old ways of perceiving and relating to the opposite gender, as well as gaining a sense of self-respect, which creates sustainable relationships and situations. Unfortunately, on our world called Urantia, sexual subversion and tyranny has been and is seen by many as normal and good. Throughout our history and “herstory” (after all, history is “his story”, but it is “her story” too), cultures, religions, and language, which reflect the consciousness of the people using it, have oppressed women, and that tyranny continues today in many places.
The URANTIA Book acknowledges: “Man’s brutal treatment of woman constitutes one of the darkest chapters of human history.”[1] We are also told that, from divine-mind perspective, “Sex equality prevails on all advanced worlds; male and female are equal in mind endowment and spiritual status. We do not regard a world as having emerged from barbarism so long as one sex seeks to tyrannize over the other.”[2] Obviously from celestial perspective and from the divine mindset, this world in many areas is very barbaric, regardless of the high technology that is present.

The main purpose of Divine Administration[3] is to help bring about global advancement through a shift in consciousness. Higher relationships between men and women cannot happen until persons, male and female, understand that all people—men, women, black, yellow, red, brown, white, Hindu, Buddhist, Jewish, Christian, Muslim, Chinese, Russian, Iraqi, Palestinian, Israeli, Mexican, American, Socialist, Communist, Democrat, and so on—realize and recognize that the Fragment of the Universal Father is in every other person, and that we are indeed one planetary family. So, let us all become “homemakers,” with the planet as our home, nurturing and sustaining all of life.

[3] Divine Administration is a hierarchy of spiritual leaders (human mortals and celestials) mandated to assist with the solving of world affairs.