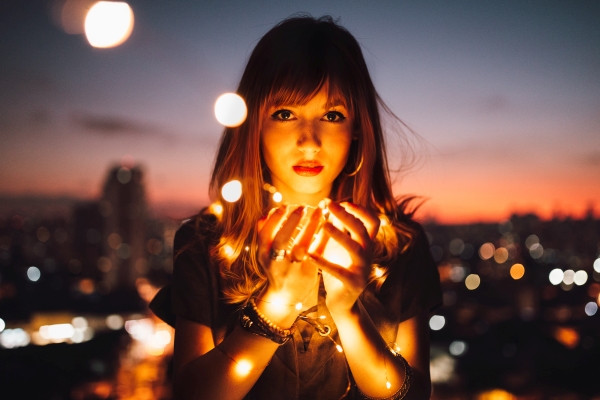 The feeling of “sacredness” is often found in the natural world where humans have not interfered with the living spiritual forces. We who walk a spiritual path do indeed need to be environmentalists, protecting this natural world of which we are an integral part. We cannot separate ourselves from the eco-systems of our world and expect to spiritually prosper, for when we do, we exploit and destroy the very physical and spiritual source that supports our being alive.

The sense of healing power and sacredness of a particular place is lessened, and often totally destroyed, when an act of human violence happens to others and/or to the natural environment. We know that “energy follows thought,” and so when the intentions, attitudes, and actions of humans are out of divine pattern, their consciousness and lives mar what the living spiritual forces intended for that natural setting, and that place no longer carries the peace and healing gentleness that it once had.

Because of the unjust marginalization that has happened to most of the indigenous peoples of the planet (due to the greed and lust for control over natural and human resources by the ruling governments, corporations, and other entities), most Indian reservations in this country as well as reserves and homelands of other disenfranchised indigenous groups lost much of the sacredness the land once had. Many of these people, who were in tune with the spiritual forces around them and prospered by living in harmony with their natural world, are today mired in hopelessness, poverty, violence, addictions, and a loss of their sense of place in this world. As a result, much of the land they live upon has lost the power of healing and sacredness that it might once have had. Actually, most indigenous peoples in this country were forced off of their “real” homelands and marched in a “trail of tears” to other lesser lands—lesser in volume, in beauty, and in natural resources.

However, there are growing numbers of the indigenous who are reclaiming their spiritual prosperity and power as a people, bringing sacredness back to the places that are their homes today. They are rejuvenating their souls, their sense of rightful power as a people, and their lands.

In my many walks upon land all over the “West,” I have occasionally come upon certain places in wilderness, away from most human contact, that have a “bad energy,” a feeling of violence and tragedy. Usually when I do some research on the place where I have experienced this sensation, I discover that often a human massacre happened at the place or some other act of violence done by humans that has been recorded. If I find no information on the spot, I figure something interfered with the natural sacredness of the place, and usually it is human-caused.

I think that many of us have experienced going into a particular building or home or neighborhood or town or city and feeling unsafe or “not good.” We get a sense of wanting to be gone from the place. Usually that is because the dominating consciousness and actions of the people in that area are far outside of divine pattern and have created a dissonance within the particle reality.

Japanese scientist Masaru Emoto has done much research on the effects that human motives, thoughts, feelings, words, and actions have on water. He has actually photographed, worldwide, frozen water molecule crystals from polluted or disturbed rivers, streams, lakes, and ponds before and after conscious positive human interference. He has also done this with tap water from many cities. What he has discovered, straight across the board, is that whenever individuals or groups of people consciously act, think, and speak in a manner of goodwill and compassion—like singing, dancing, praying, meditating, socializing, or whatever is positive and love-based—the water crystals change in form and color, becoming more beautiful and symmetrical than the clouded, grayish, chaotic mass they were before. Dr. Emoto’s work validates the fact and truth that energy indeed does follow thought, and that human consciousness and actions do determine particle reality in water. Similar findings have been discovered in various research projects done on plants and animals.

Any of us as individuals, and even more so as a united group, can bring our own righteous intentions to a place and transform it into a place of beauty and spiritual power, just as what happened with the water molecules that had been dis-eased and troubled. So, let’s occupy places across the planet, beginning with our homes and neighborhoods, and bring spiritual prosperity, light and life back to those environments.