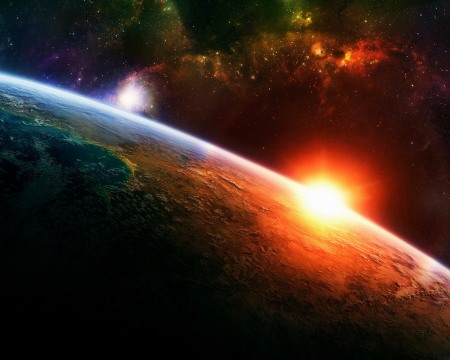 Bringing a New Spiritual Revelation to the World

Throughout history many great teachers and leaders who tried to bring a new spiritual revelation to the world have been persecuted for the cause. Prophets like Moses, Jesus, Mohammed, and Baha'u'llah were martyred or exiled, as well as many of their devotees. In this country Joseph Smith, considered by many as a modern-day prophet, was persecuted and then assassinated. And in these contemporary times Gabriel of Urantia, who many consider a mind-expanding and bold spiritual visionary, has been demonized by many of the status quo, including the mainstream media.
The word “cult” with negative connotations has been used to identify most new religious movements. Even the first followers of Jesus were considered a cult in the most negative sense of the word. In those days, to most religious Jews only Judaism was legitimate. “How dare Jesus and his followers try to change the established way!” cried the fundamentalist religious leaders of the day.
Many religions have evolved in the past several thousand years, and people generally fall into categories of religious thought, thus we have people who are Catholic because they grew up in that religious thought, or they are conservative Protestant or Mormon or Hindu or Jew or Muslim and so on. Each one of those “isms” teach they are the final revelation. For example, Muslims believe the last prophet to this world is Mohammed and that the text of the Qur’an/Koran is the latest (and last) written word of God. The Mormons make the same claim of their prophet Joseph Smith and their sacred text, as do most Christians of the Bible. The New Testament of the Bible is not “new” but almost 2,000 years old. (If you believe God speaks in some manner to the people of this world, wouldn’t you think God might have something new to say?)
It has been the call and destiny of Gabriel of Urantia to bring through a new spiritual revelation to the world:  Continuing Fifth Epochal Revelation. As an Audio Fusion Material Complement, Gabriel of Urantia has been used by Celestial Overcontrol as a human vessel to bring through two published books thus far, The Cosmic Family, Volumes 1 and 2 (with Volume 3 soon to available). The papers in these books address these unique subjects:

In any era, the presence of an epochal revelation challenges people to change their views and opinions that prevent the progress of individuals and civilization. Those who embrace epochal revelation will challenge any accepted norm in society that is unethical and destructive to the eventual attainment of world peace and the well-being of all people. Today that may mean people are challenged to perhaps change their careers, which can lead to geographic moves they may not want to make. Today epochal revelation calls for people to live more sustainable lifestyles, including becoming more conservative and responsible in their spending habits; eating more healthily; using leisure time for enhancing the spiritual, intellectual, and social aspects of their existence; relating to others in a compassionate and interdependent manner rather than selfishly and co-dependently; and valuing building techniques that are environmentally friendly.
Though epochal revelation unifies the truths of all religions and philosophies, it can also inspire many to leave the religions, politics, and social practices of their parents, therefore making many who remain in the status quo angry at the harbinger of this new alternative philosophy and religion. As has been the case throughout history, when a higher moral code or standard is taught that challenges the accepted norms of the day, individuals who choose to not follow a new moral standard come against the harbinger or group who try to live up to those higher standards.
Pioneers of new and expanded thought have been attacked at every level. People are so used to standardization that all too often originality is not understood or appreciated. And so I call upon the highest good in each soul, to challenge ourselves to rise to expanded viewpoints and compassionate interactions for the common good of all, in hopes of building a truly better tomorrow for our world.